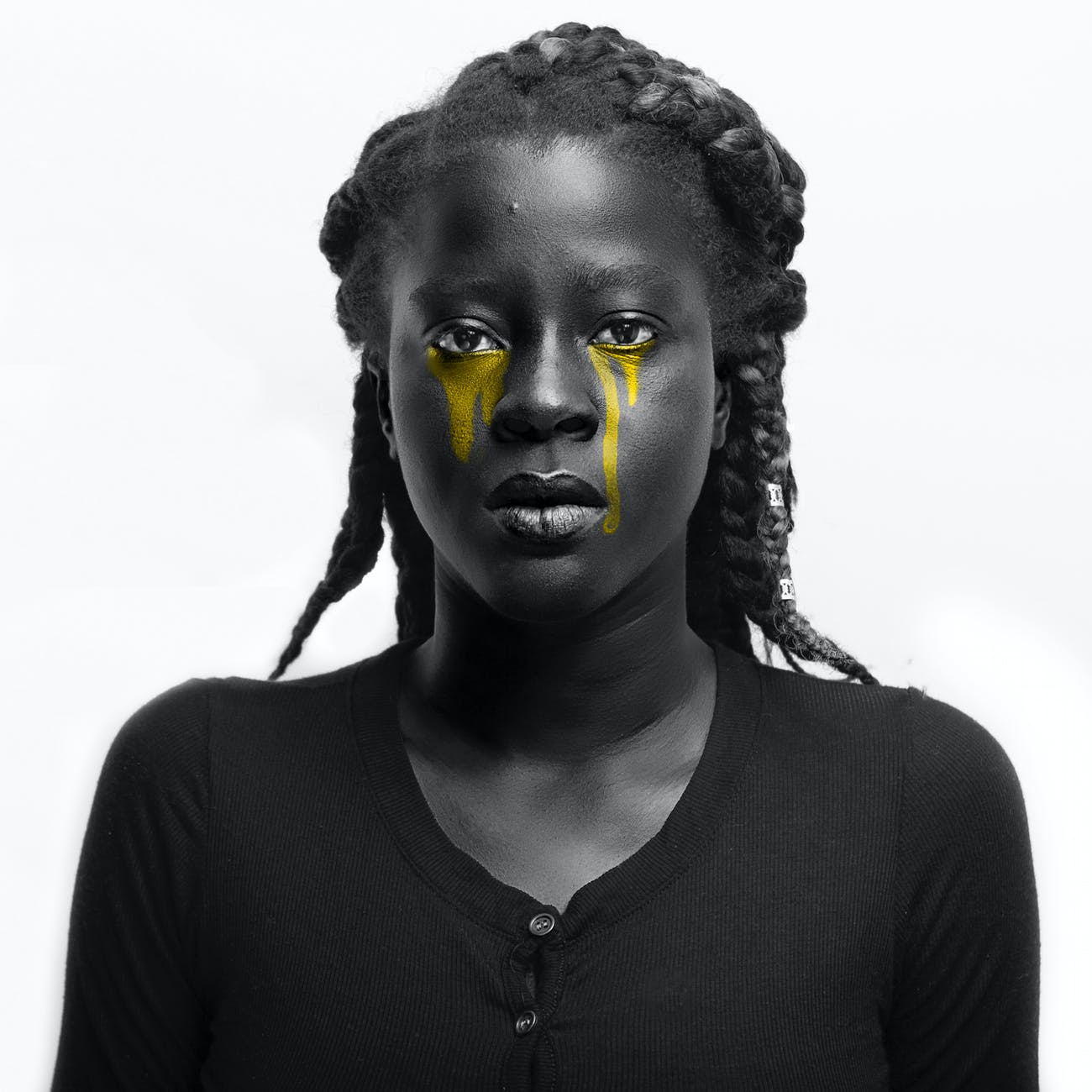 For those who don’t know, September is Suicide Awareness month. Suicide is often frowned upon, but if you’ve never experienced suicidal thoughts or even attempted- I wouldn’t expect you to comprehend. Hearing comments like, “Life isn’t that hard, get over it,” or “Suicide is a sin,” is complete bs to me. It is quite pathetic to judge or compare someone’s thoughts, attempts, or accomplished actions to your own life. You might have been in similar troubling crises, but you weren’t in the same shoes as one willing to take their own life. Suicidal thoughts don’t reveal for “no reason”- they’re brought upon by a continuation of adverse events. A human can only take but so much before they’ve reached their breaking point.

Suicide is not an act of selfishness. Nor is it an act of cowardliness. It isn’t something easy to even begin to consider when one feels it’s the last resort. People commit suicide to be free. They want to be free of their pain and suffering. They want to be free of traumatic occurrences, troubles, guilt, embarrassment, failures, judgments, etc. They want to be free of their mental illnesses and the symptoms that come with them. Wanting to have a purpose in life, and not the feeling of existence is what many individuals wish. Some people may already know their purpose, but everyone can not relate. And no, I do not encourage anyone- I want others to be aware of some of the reasons behind suicide and why people turn to it as a final solution to all of their problems of life. It is not a sin or an “easy way out”; it is a “getaway” for most. It is an absolute sense of happiness and peace for some.

I often hear people saying things like, “They just want attention.” That assumption could be accurate, but other times it isn’t so valid. Other times it’s much more in-depth, so deep that person couldn’t take it anymore. One is simply exhausted with life and everything that comes with it. Some are tired of the suffering, pain, the excessive abundance of stress, the never-ending barriers, the constant judgments, the severe bullying they might be enduring, and much more. Why should one have to continue suffering from their distress if it’s physically destroying them on the inside? An answer I hear most, “To be there for your family and friends because they love you, and that would hurt them.”

Yes, most family and friends do cherish having their loved ones in their presence. The problem they fail to realize- they are not always able to help. They can not permanently heal one’s fears, troubles, or pain the way they wish. Most like to believe they can, but they can’t. Sometimes when asking how to help, troubled individuals can’t even tell you how to do so because they are unaware. Many people anticipate one to ”forget” whatever has positioned that individual in a dark standpoint of life. They want one to forgive, forget, and move on. People expect one to be able to handle and tolerate tough dilemmas as they once did. They assume that just because they overcame their challenging obstacles, everyone else should do the same. Sorry folks, life doesn’t work that way!

Seeking medical treatment is always the initial suggestion some assume will resolve a troubled one’s crisis. Of course, one could have appointments with a therapist or psychiatrist, but they can’t repair everything. Meetings are timed, and most of them don’t allow enough time to discuss all of one’s concerns or enough time to receive the desired amount of advice. Not to mention, many individuals do not feel those healthcare providers genuinely care about their problems- they care more about their paychecks. Some therapists and psychiatrists have also never experienced depression, anxiety, PTSD, etc., so they could honestly never genuinely relate to their patients. I won’t argue the accomplishments of their credentials, but there’s a massive difference between a book and experiencing a mental health illness firsthand.

Another thing, not everyone has the funds to pursue consistent “help”- whether it’s them not having health insurance or the constant co-payments. Plus, medication isn’t always the answer because they could make one worse with the awful side effects. Then, you have those afraid to seek help due to their reputation or what others might think of them. They don’t want to be diagnosed with a mental health disorder because they’re in denial or don’t want to rely on prescriptions. Trust me, it isn’t that terrible, and there isn’t anything to be ashamed of- get some additional life assistance to possibly at least get you on the right track with your life. Of course, it is not the answer for everyone, but one would never know until they attempt.

I’m beyond grateful for my therapists and their assistance, but they can not heal my pain, and I don’t expect them to. I confide in them for their support, their coping solutions (which rarely ever works), and I feel they genuinely care about my health and well-being. They are always there when I need them, and I can honestly tell them just about everything troubling me without the worries of them judging me. I trust them and their services and happy to be supported by such beautiful souls. Putting faith in a god is another suggestion some give. Unfortunately, not everyone believes in a higher power. Nor do they have time to sit and pray and wait for a miracle to happen. That’s what a lot of people on the outside looking in expect. Again, life doesn’t work that way. Prayer could temporarily ease some stress, but that isn’t going to last forever, especially for someone dying inside.

“Get over it,” they say. Telling someone to “get over” things incredibly damaging is one of the worst things someone could say. That goes back to the- you can’t expect everyone to be able to handle challenging situations as you once did. Honestly, there is no such thing as getting over something that has affected one’s mental health tremendously. There will always be people, places, things, sounds, etc., that trigger those sensitivities or traumatizing events, and no matter how hard one tries to cope or forget- that isn’t always effective. It is a constant everyday battle for those individuals, and to be criticized when they’re trying is disastrous.

Falling into a dark place in life doesn’t make one “weak” or any less of an individual as some think. In my opinion, one’s strength can not indeed be determined until it is entirely “tested.” One example: some people always speak on what they would do in a dangerous situation, but if caught off-guard in that very scenario- they’d freeze up. They wouldn’t know what to do or how to react. Does that make them any less of a person? Absolutely not. So someone battling certain circumstances shouldn’t be any different. Yes, of course, life can be difficult, but not for everyone. Everyone isn’t always blessed with the finer things, but even those individuals fight within their mental health. We are all merely human, and it is okay if life gets a little more overwhelming than we intend on.

Life should never get to the point where someone wants to take their own, but it happens. Some people feel a sense of loneliness. They may not physically be alone, but develop a feeling of not communicating about their troubles. Fearing the sounds of judgment, the unnecessary, “I told you so,” or “It’s life.” All sayings one doesn’t need when they’re experiencing their breaking point or lowest in life. Their breaking point isn’t for others to criticize- it is for those to simply understand, motivate, and encourage- if they genuinely care. We also have ruthless and evil humans in this world who intentionally degrade, abuse, joke, disown, torture, use, etc., others. It doesn’t matter if it happened today, yesterday, days, weeks, months, or years ago- all of it takes a toll on one’s mental health, emotions, self-esteem, and trust. Everyone is unique in their own way, so these acts will be handled differently, and that is what the world needs to realize.

Life is for sure what you make it, but at times there are things just out of one’s control. We all take different approaches, and some are often more effective than others. You can not shame a human for the things they cannot handle physically, mentally, spiritually, or emotionally. You can only hope for the best outcome and hope they can find their way back to acceptable normality. Sending words of encouragement could go a long way when someone is down. Spreading positive vibes, moments, or memories could help brighten up someone’s day and possibly bring lots of laughter. It’s the security of allowing one to know you are there for them, and they are not alone- that is what matters the most. We may not be able to save the world or every life, but sometimes we can make a difference in someone’s life. Help one realize them and their life matters and they will eventually be able to conquer their fears and troubles.

**If you or someone you know are ever experiencing a life crisis, please contact the National Suicide Prevention Lifeline: 800-273-8255